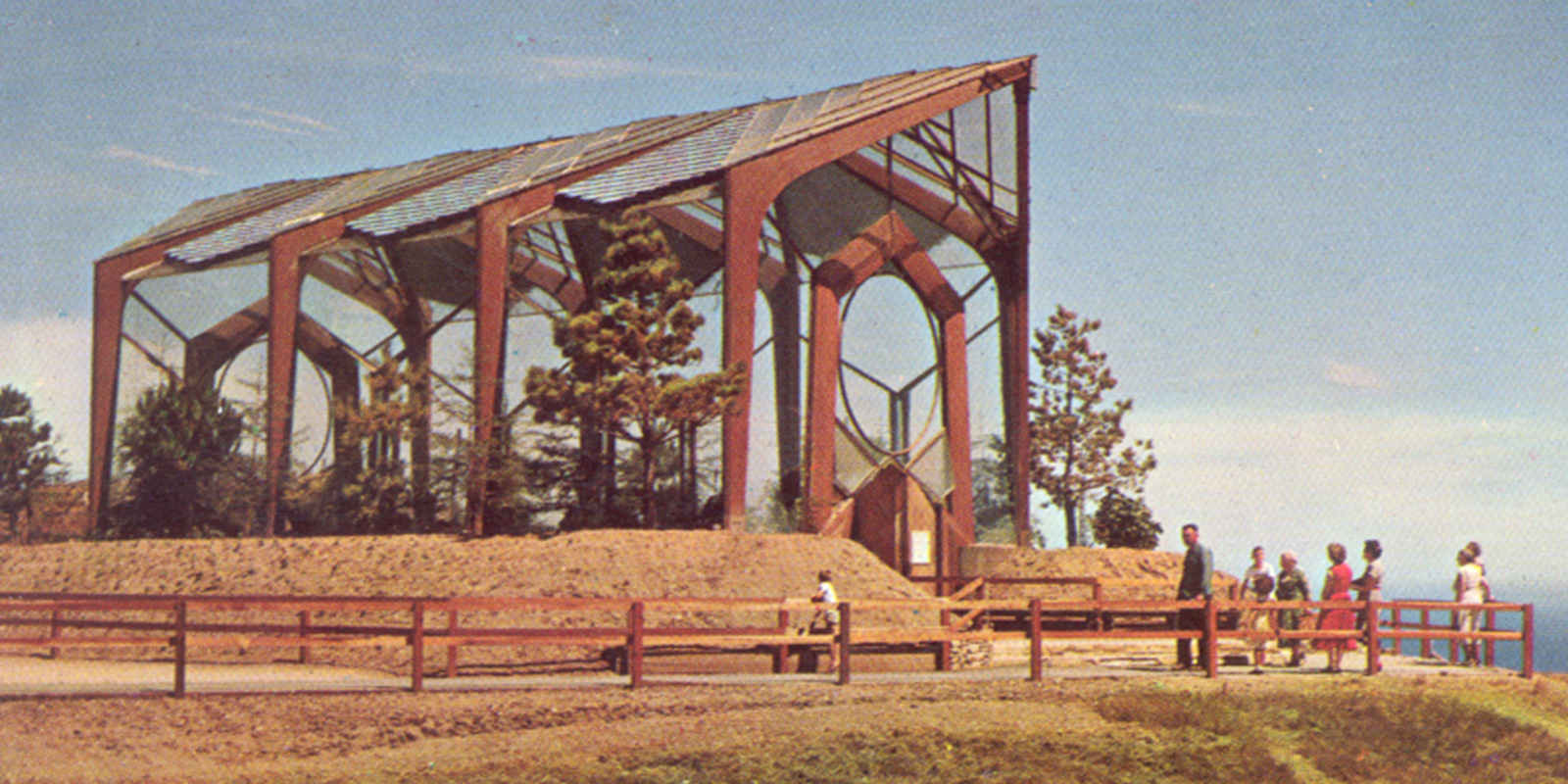 “Come to me, all you that are weary and are carrying heavy burdens and I will give you rest.” 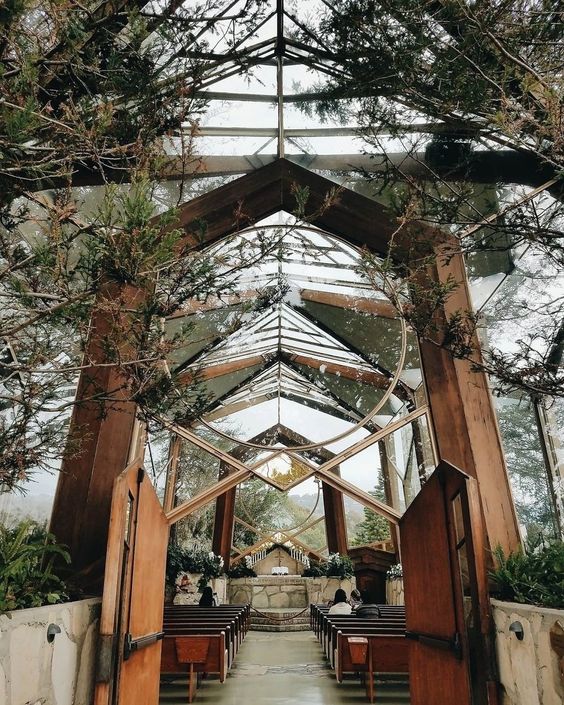 Wayfarers Chapel began as a dream in the mind of Elizabeth Sewall Schellenberg, a member of the Swedenborgian Church who lived on the Palos Verdes Peninsula in the late 1920s. The Peninsula was largely open farmland with a two-lane gravel road skirting the shoreline from San Pedro to Palos Verdes Estates. Mrs. Schellenberg dreamed of a small chapel of exquisite beauty and spiritual architecture on a hillside above the Pacific Ocean where wayfarers could stop to rest, meditate, and give thanks to God. Lucy Pyle Mercer Billingslea, a member of the Los Angeles Swedenborgian Church, approached her friend, Narcissa Cox Vanderlip, who was also a member of the Swedenborgian Church, about donating the 3.5 acres of land for the project.

Architect Ralph Jester was set to submit a drawing but the depression of the 1930s and World War II forced a delay in developing the plans for the Chapel. Following the war, Mr. Jester questioned the suitability of his designs and suggested that Lloyd Wright, the son of the renowned American architectural pioneer Frank Lloyd Wright, be asked to submit an alternate plan. Wright found himself in complete accord with the positive outlook of the Swedenborgian Church and its emphasis on harmony between God’s natural world and the inner world of mind and spirit. Wright’s vision for the Chapel was unanimously accepted by the denomination and the building committee.

The site and the cornerstone were dedicated on July 16, 1949 by the Reverend Dr. Leonard I. Tafel, the president of the national Swedenborgian denomination. The completed Chapel was dedicated to the glory of God and serves as a national memorial to Emanuel Swedenborg, an 18th century scientist, philosopher, and theologian. The thirty volumes of biblical exegesis and spiritual experiences that Swedenborg authored inspired the theological and philosophical perspectives that are the core of Swedenborgian theology. When the Chapel was completed in 1951 it stood alone like a precious jewel on a deserted dusty knoll overlooking the blue Pacific. Today, what you are looking at is a “tree chapel.” Chapel architect Lloyd Wright had been inspired by the cathedral-like majesty of the redwood trees in northern California. The redwood trees that surround Wayfarers Chapel are forming living walls and roof to a natural sanctuary encased in glass with view of the surrounding forest and nearby Pacific Ocean. These are typical traits of Organic Architecture, which aims at using nature as the framework and regards the space inside as sacred. Lloyd Wright’s design of Wayfarers Chapel is the perfect combination of nature and architectural genius and is one of the foremost examples of organic architecture. Wayfarers Chapel is listed in the National Register of Historic Places.

“The whole natural world is responsive to the spiritual world”

Lloyd Wright found himself in complete accord with the positive outlook of the Swedenborgian Church and its emphasis on harmony between God’s natural world and the inner world of mind and spirit. Lloyd Wright’s inspiration for the unique design of wood, glass, and stone came from an experience in the Northern California redwoods. Sitting beneath the towering canopy of redwoods he sensed great peace, sublime beauty, dignity, and repose. From this idea came the design for the “tree chapel” with its emphasis on a harmony between God’s natural world and our mind and spirit.

Eric Llyod Wright, Lloyd Wright’s son, has been involved in the designing and building of the Visitors Center at the Chapel.